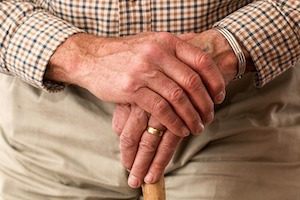 We hear a lot about medical treatments, practices and patient care in the news, and it doesn’t always come with a positive slant. This can be worrying for patients who are waiting for operations, and may result in them feeling anxious about what to expect.

The financial strain placed on the NHS is well documented, and those who are fighting for additional funding are quick to point out how financial deficits can impact on patient care. A recent report published by the King’s Fund looked at various types of operations and the associated patient care, with a view to assessing just how affected these areas are by the acknowledged funding issues. One of these areas was elective hip replacements, so we were interested to see what the findings yielded.

Findings of the King’s Fund report

The results were interesting and differed by area. There were indeed serious challenges faced by GUM and district nurses that the report was able to directly link to funding issues. Neonatal services were standing firm, with the report suggesting that they “appear to have largely maintained quality and access despite a number of longstanding pressures”. Finally, those opting for elective hip replacement surgery were found to be growing significantly in numbers, with patients consistently happy with the outcome of their operation.

This level of satisfaction is encouraging for anyone who is considering this type of operation, and probably due in part to the fact that hip replacements are one of the oldest types of surgery. The current approach to hip replacements dates back to techniques pioneered by surgeons in the 1960s, and they have been undertaken regularly since that time.

Is it all good news for those waiting for hip replacements?

For orthopaedic surgeons such as Mr Bridle, it is encouraging to see that the report highlights just how happy the majority of patients are following their hip replacements; in fact they say that “patients are overwhelmingly happy with the outcome”. This high level of patient satisfaction is something that those working in orthopaedics are extremely proud of.

Despite this, the report outlined two areas that are a threat to the current system. Firstly, mounting pressures of other departments who work to support, or work in tandem with, orthopaedics put these departments at risk. Secondly, waiting times are increasing – no doubt due to the marked increase in demand.

This feeling of positively following hip replacements is well documented; in the March issue of the Journal of Bone & Joint Surgery, the results of a recent study carried out by researchers at the Cleveland Clinic were published. Employing a standard Quality of Life measurement, the clinicians found that hip replacements can improve patients’ meaningful quality of life for at least five years following the operation.

At times of considerable financial pressure across the NHS, with satisfaction levels with this type of operation so high, if you are considering a hip replacement operation this knowledge should be reassuring and help put your mind at rest.

Maps were disabled by the visitor on this site.
Issues with the spine found to affect success of hip replacement procedure Will leaving the EU affect hip replacement surgery in the UK? Scroll to top