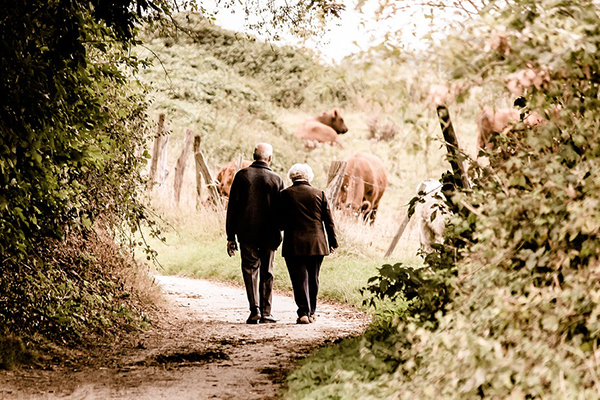 With greater life expectancy comes greater expectations about what is achievable later in life. People are now doing more, and expecting more, from their bodies and minds, as summarised in the Government report from the Office for Science: “with the steady rise of life expectancy in the UK, as elsewhere, and the rising number of older, and very old, people, there is a need to capture quality as well as quantity of remaining years lived.”

With this change in mindset comes a greater number of people who are requesting, or being recommended for, joint replacements.

The Duke of Edinburgh is a great example of how joint replacement much later in life can significantly improve quality of life for those whose joints are deteriorating. The Duke, aged 96 when he had his operation, was pictured looking healthy and mobile at Prince Harry and Meghan Markle’s wedding in May, having only recently been under the knife for a total hip replacement.

The Duke is one of many much older patients to opt for joint surgery later in life, in fact “there were 851 male patients aged 90 or over who underwent the procedure in 2016, according to figures from the National Joint Registry, which covers both private and NHS patients across England, Wales, Northern Ireland and the Isle of Man”.

What to expect from joint surgery recovery in older age

Typically, patients can expect that in the first four to six weeks following a hip replacement they will need the assistance of crutches or a walking frame to get around. As they continue to heal, the can generally expect to be resuming normal activities within two to three months following the procedure.

For much older patients, they will need to be a bit more patient when it comes to joint surgery recovery, as healing can take longer the older you get, but the most important thing is to take things one step at a time, be patient and to ensure you follow the rehabilitation recommended by your orthopaedic surgeon.

Change in mindset and materials

Years ago, joint replacements were not considered suitable for much older patients, as it was believed that they were too old to really benefit from the stress of surgery. Not only that, the quality of life that it could bring to a much older patient was considered significantly less compared with younger patients. 90-year olds nowadays are often remarkably fit and therefore joint replacement for disabling arthritis of hip / knee can transform their lives and significantly improve their quality of life.

Coupled with this change in mindset, modern anaesthetic and surgical techniques make surgery much safer, with a much shorter hospital stay and much better prognosis for full recovery.

Mr Simon Bridle advocates the adoption of an enhanced recovery programme (ERP), for all patients who are deemed suitable for this approach. This approach aims to ensure that patients are fit and well enough to be discharged as soon as possible after having their operation as research has shown that this means a shorter recovery time.

Mr Simon Bridle performs hip and knee replacements at the Fortius Joint Replacement Clinic at the Bupa Cromwell Hospital, where the approach to patient care is based on the principles of enhanced joint surgery recovery. The principle of this approach is that patients often recover best in the comfort of their own homes when supported by an interlocking network of family, support and multidisciplinary professionals.

Maps were disabled by the visitor on this site.
NICE working committee is working on new guidelines for joint replacement s...

Could silver be the solution to joint replacement infections? Scroll to top