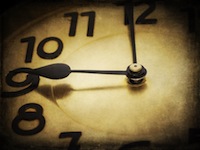 It is not unusual to wish to put off major surgery for as long as possible. As well as having concerns about the procedure itself and the associated risks, many patients are apprehensive about the necessary downtime after the surgery and the upheaval that will bring.

With joint replacement surgery in particular, there is often a desire to delay the procedure, as London hip and knee surgeon Mr Simon Bridle knows only too well.

When a patient has been suffering with joint pain for some time, it may seem that putting off surgery by a few months will only be extending the current suffering. But are there unseen risks involved in delaying a hip replacement procedure?

Problems with the joint itself

Depending on your particular hip problem, there is a possibility that the problem will worsen over time. This can mean that a deformity of the joint progresses – although this is generally a gradual process, that joint stiffness increases, or that the muscles surrounding the joint become weaker as you are using your hip less. Sometimes progressive damage to the joint makes the surgery more complex and recovery longer.

When you have pain in one hip, the natural tendency is to put more pressure on other joints. There is very little clinical data to support the theory of compensatory joint problems, but anecdotal evidence is common: many patients who visit Mr Simon Bridle’s London hip clinic experience back problems and pain in other joints, as well as the affected hip. The longer surgery is delayed, the greater the chance that this pain, as well as the pain in the affected hip, will increase.

Increasing levels of disability with progressive hip arthritis leads to a more sedentary existence and will have an effect on patients’ general health. They tend to lose physical fitness and put on weight and this can have an effect on the heart and lungs, as well as other body systems. Prolonged use of pain killers can also have an effect on the kidneys. All this can increase the small risk of complications associated with surgery.

Can I avoid or delay hip replacement surgery?

A study published in Annals of the Rheumatic Diseases in 2013 did offer some hope, suggesting that exercise could delay or avoid the need for hip replacement surgery in patients with osteoarthritis.

The study showed that patients who took part in an exercise programme for one hour, twice a week over a twelve-week period, were 44 per cent less likely to need hip replacement surgery in later life than their peers who did not exercise.

If you have already been told that you need hip replacement surgery, it is unlikely that exercise will avoid the need for the operation. However, there is no doubt that low impact exercise will improve patient’s physical fitness, which can only be a good thing when approaching major surgery.

To find out more about your own situation and whether there is anything that can be done to delay surgery, why not book a consultation with London hip surgeon Mr Simon Bridle today.

Maps were disabled by the visitor on this site.
Recent joint replacement studies Anterior approach hip replacement – is it all it’s cracked up to be Scroll to top